Meanwhile, the old imperatives remain the same. Most people working in the industrial operations sector have heard the phrase “improving operational efficiency” many times before. Efficiency has long been regarded as a goal of paramount importance, particularly in periods of economic strain. But what are the key elements of operational efficiency? And how do companies improve this critical value?

The concept of efficiency can be broken down into two areas of concern:

During a presentation at AVEVA PI World 2020 online, representatives from TraPac, a leading terminal operator, explained how collecting and analyzing operational data can help companies improve in both of these areas simultaneously. Such improvements can lead to cheaper, faster, and more ecologically-sustainable operations, while increasing customer satisfaction.

TraPac manages container terminal operations at the Port of Los Angeles, the Port of Oakland, and the Port of Jacksonville in Florida. In 2017, the company opened the world's first automated on-dock rail terminal, using a combination of electric and hybrid automated straddle carriers (auto-strads) and rail-mounted gantry cranes. Long-time integration partner Hatch recommended a methodical approach that included a detailed system of record to help the company drive continuous improvement to meet its goals. Trapac swiftly deployed this measure.

TraPac's goal was to improve its customer service by keeping within contractual time windows for unloading containers. They also wanted to improve their sustainability. “If we can reduce the amount of time that it takes to move containers, that's a measure of efficiency.” Mark Jensen, the Vice President of Asset Management at TraPac, said. “Better efficiency boosts our sustainability.” .

TraPac's automated terminal equipment relies on multiple control and operational systems from different vendors. These systems use custom algorithms to manage the routing and scheduling of the movement of TraPac's automated equipment within the shipyard. To reach its efficiency goals and improve customer satisfaction, the company combines crane telemetry data with operating systems information like job status (which indicates if a job has started or completed). The company moves its telemetry and process data into AVEVA™ PI System™ via Restful Webservices using the PI UFL interface. It also collects data from traditional ship-to-shore cranes using AVEVA PI System's interfaces for RDBMS and OPC. TraPac then uses the asset framework of AVEVA™ PI Server™ to analyze the data, passing some of it to Tableau using AVEVA PI System's integrator for business analytics for further insights.

The company uses AVEVA™ PI Vision™ to create operational dashboards and do ad-hoc operational analyses. These dashboards break down equipment work cycles into the major steps like picking up, moving, or placing a container. AVEVA PI System allows TraPac to compare cycles or steps within each cycle to similar steps from different time periods, providing insight into operational efficiency.

Learn more about how AVEVA PI System can help you increase efficiency and achieve operational excellence. 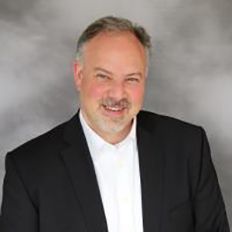 AVEVA's Industry Principal for Transportation has been a technical marketing and sales professional for more than 30 years, with a broad background in developing industrial automation electronics, control systems and information solutions for OEM and enterprise customers. Over the course of three decades he has helped bring dozens of innovative machine-to-machine products to market, including the use of AVEVA PI System into embedded, mobile and fixed transportation assets. Matt has been working with Microsoft, Cisco, Qualcomm and leading telematics companies to evolve the Next Generation Telematics Platform, bringing Real-time Operational Intelligence tools to the transportation value chain and smart city initiatives.