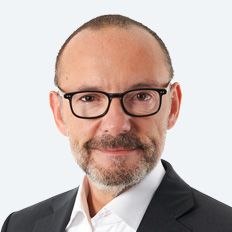 Peter has been AVEVA’s Chief Executive Officer since May 2021. Previously, he led Schneider Electric’s global Industrial Automation business and served as Vice Chairman of the AVEVA Board of Directors.

Peter started his career as software development engineer with Mitsubishi in Japan, later joining Siemens, where he held several executive positions in Factory and Process Automation, along with leading Corporate Strategy as Chief Strategy Officer.

In 2016, he was appointed to the Executive Committee of Schneider Electric, leading the Industrial Automation and the Industrial Software business, which he merged into AVEVA in 2018. He has a global and extensive executive and senior management background in Germany, China, the US, France, Switzerland, and Japan. 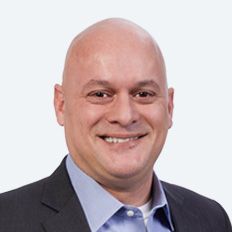 Chief Financial Officer (CFO) Brian DiBenedetto provides financial leadership for AVEVA, one of the world’s leading industrial software companies and a member of the London Stock Exchange’s FTSE 100 index. He has more than 25 years of finance and accounting experience in large and diversified international organizations, including expertise in a broad scope of finance and accounting activities such as planning and analysis, performance and risk management, auditing, project management, IT and mergers and acquisitions.

Brian first began shaping AVEVA’s financial future as a corporate controller, divisional CFO and ultimately senior vice president of finance operations for Invensys, one of the foundational companies that accelerated AVEVA’s growth. Most recently, he served as senior vice president of finance for both the industrial automation and energy management business of Schneider Electric and then interim CFO for AVEVA.  In addition to finance, his current role includes responsibility for AVEVA’s IT function, including cybersecurity.

Brian received his bachelor’s degree in accounting from the University of Rhode Island, and his MBA from Bryant University in Rhode Island. He is also a certified public accountant. 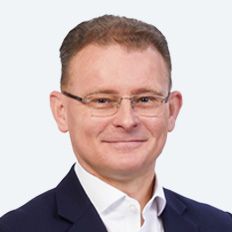 As Chief Strategy and Transformation Officer, James drives AVEVA’s organic and inorganic growth, investor relations, and strategic transformation. He also serves as a member of the AVEVA Board of Directors.

James served as AVEVA's Chief Executive Officer from January 2017 to February 2018, leading the merger with the Schneider Electric Software Business before being appointed Deputy CEO and Chief Financial Officer of the enlarged AVEVA Group. Previously, James held several senior finance roles within the AVEVA Group and was Head of Finance from 2006 until 2011, when he was appointed CFO.

Prior to joining AVEVA in 2004, James worked for Arthur Andersen and Deloitte, serving technology clients in both transactional and audit engagements. James is also a Chartered Accountant. 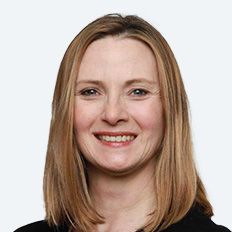 She brings two decades of experience providing legal counsel for businesses worldwide. Prior to AVEVA, Helen was General Counsel & External Affairs Director and a member of the board of Vodafone UK, where she chaired the Risk and Compliance committee and sat on the Audit committee. She worked at Linklaters for seven years before joining Vodafone.

Helen received an Order of the British Empire (OBE) in the 2020 New Year’s Honors list for services to business and equality. She also sits on the Women’s Business Council, where she helps promote women’s roles in economic growth and advises companies on best practices for enabling women in the workforce. Helen studied law at Cambridge University. 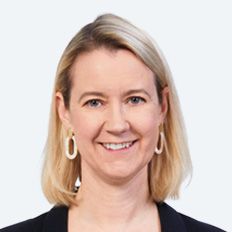 Prior to AVEVA, Caoimhe held roles at Moneysupermarket Group PLC where she was Chief People Officer for three years, and SoundCloud where she was Senior Vice President People, Places & Community. She also spent six years at Google in senior HR roles, across both the Sales and Technology divisions.

Caoimhe has a master’s degree in Organisational Psychology from Queen's University of Belfast and a background in management consulting having spent her early career at Deloitte and KPMG. 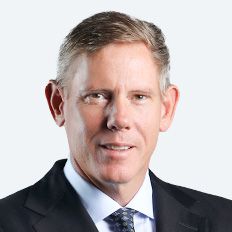 With over 25 years’ industry experience, Caspar brings deep understanding of how technology can transform industries, enable innovation and drive sustainability. Author of ‘Smart Cities, Digital Nations,’ he is a thought leader in smart cities, digital transformation and IoT. As President, Middle East & Africa at Schneider Electric, he managed business operations in over 80 countries. At Cisco, he led sales and services  and developed smart cities strategies. At Accenture, Caspar was involved in extensive digital transformations for the energy sector.

Caspar holds an MSc in International Politics from SOAS University of London and an BA in Arabic & Modern Middle Eastern Studies from the University of Oxford. He speaks English, German, Arabic and French. 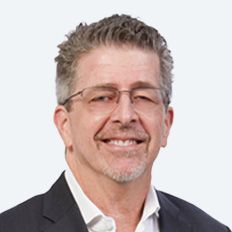 Andrew is CTO/ EVP R&D for AVEVA, where he leads the technology and execution of product development with a portfolio of over 100 leading industrial automation and engineering products and a global R&D team of 1,700+ engineers and computer scientists.

Andrew’s teams have submitted over 110 new patents in the past six years, all related to the digital twin and providing advanced capability in a user-friendly manner to AVEVA’s customers.

Prior to joining AVEVA, Andrew headed research for Toshiba Mobile Division, worked at two successful start-ups, and was a lead engineer working on guidance systems for NASA’s space program, where he started his career. 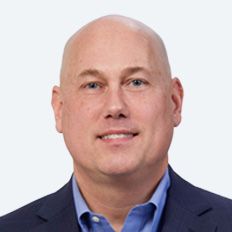 As Chief Product Officer, Rob McGreevy leads the product management and business unit teams to drive innovative software solutions across the business, resulting in a seamless digital customer and partner experience.  Charged with ensuring continued innovation and execution of our aligned business and portfolio strategy, he empowers customers and partners to transform their businesses and drive sustainable growth through AVEVA’s industrial software portfolio.

Rob has over 25 years of experience working in the industrial software business with a focus on manufacturing and infrastructure, serving end-markets such as power, water, food, beverage, pharmaceutical, and energy. With an extensive background in product and business management, M&A, sales, and marketing, he is named in over 28 software and technology patents. Since joining the company, Rob has had multiple roles including Head of Corporate Strategy and M&A, Product Management, Portfolio and Business Unit Management.

Rob is a graduate of the University of Iowa, where he studied journalism, communications and computer science.

Kimthu Doan is responsible for ensuring the success of customers in maximizing and accelerating the value of their AVEVA investments. She leads a global team of technical and business professionals specialized in understanding unique customer needs and supporting digital transformation journeys.

Kimthu brings over 25 years of software industry experience in serving customers, building high performance teams and fostering operational excellence. Prior to joining AVEVA, Kimthu not only led customer success for OSIsoft but also helped direct the integration to bring the best of the two companies together. 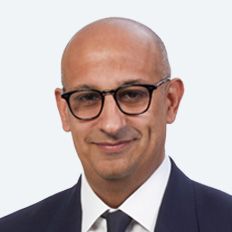 Amish has over 25 years of global industrial experience, with particular strength in the energy, chemicals and power industries.  Prior to his current role, Amish held several senior leadership roles in sales and operations within the AVEVA Group.

Before joining AVEVA, he held sales and product management leadership roles at Honeywell and Aspen Technology and began his career as a plant operations engineer at JX Nippon Oil & Energy Corporation refineries in Japan.  He holds a master’s and bachelor’s degree in Chemical Engineering from the University of Calgary. 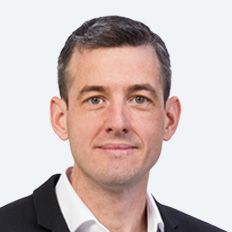 Rónán is responsible for expanding the capabilities of AVEVA’s industrial cloud platform, AVEVA Connect. With decades of experience in cloud computing, he will guide the expansion of cloud capabilities that allow customers to aggregate, analyze, visualize and share industrial data, realizing sustainable business value from digital transformation.

Rónán began his career as a process engineer in the metals and mining industry, but his interest in industrial data began as the son of an administrator who managed one of Europe’s first PI System deployments. He joined OSIsoft as a software developer in 2001 and took on numerous leadership roles over the last 20 years, including leading the embrace of microservices architectures, cloud computing, and a novel agile development methodology.

Rónán received his bachelor’s degree in chemical engineering from University College, Dublin. He champions increasing diversity within organizations to improve equity and inclusion and believes in the power of data to create a more sustainable future. 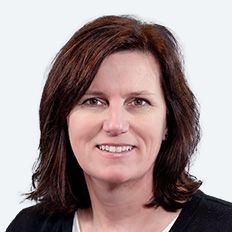 As Executive Vice President, Portfolio, Kim is focused on ensuring strong portfolio and product management practices and creating a customer-centric digital business experience that drives customer engagement.  She is also responsible for the business alignment of our applications and cloud platform, as well as the cross-portfolio initiatives of artificial intelligence, sustainability and visualization to deliver compelling customer value.

Since joining AVEVA in 1985, Kim has worked with customers across many industry segments and all geographical regions. She has been integral through several transitions, including the merger with the Schneider Electric Software Business in 2018. Kim's roles have been broadly customer-facing and varied from Sales to Product Marketing and Product Management. Most recently, she was Senior Vice President and Head of Asset Performance. 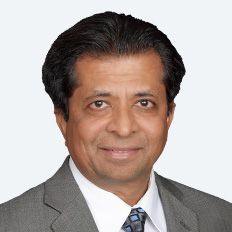 Rashesh brings over 35 years of experience in industrial automation and infrastructure operations to his role as Executive Vice President of AVEVA’s Operations business. His responsibilities include Operations controls (HMI/SCADA), Operations Information, Operations Execution, and the advanced solutions portfolio. He also leads product strategy, industry strategy and go-to market activities for both direct and ecosystem partners.

Rashesh first joined the business in 1992 (then part of Wonderware) and has seen the company through several transitions, including the sale to Schneider Electric and its eventual spinoff and merger with AVEVA. Rashesh has had multiple roles of increasing responsibility including in key areas of Portfolio Management, CTO and R&D, and Global Support and Services. Most recently, he served as Senior Vice President and Head of Monitoring and Control.

Rashesh holds a master’s degree in Computer Science from the Florida Institute of Technology, as well as bachelor’s degrees in Electronics and Communication Engineering.