A lot of history can (and does) happen around us - especially before us. As people living in the 21st century, we often forget just how much has happened and how much more has changed. But, one of the greatest responsibilities the young have is to learn from past struggles and celebrate the immense progress in the world we share.

One event that we proudly take stock of now is Pride, an event that was once considered the product of wishful thinking for those living in the western world of yesteryear. Now that we're surrounded by more technology and information than we'd ever thought possible, we have the privilege to hear directly from those who lived through it and the open, accepting kind of world they helped to create.

Thinking back - Before Pride

Accustomed as we are to the immense spectacles that Pride parades are, for many of us, it's strange to think that there was a time when you could only dream of such a thing, when your sexuality had to be a closely guarded secret, beyond even your closest family and friends. While we find ourselves lost in the spectacle, the history of Pride is underlined by years of struggle by countless advocates for LGBT rights across the world.

In the United States, as one example, Pride marches started as marches and demonstrations against the wrongful treatment members of the gay community suffered at the hands of local (and national) authorities.

Before and throughout the 1960s, it was deemed illegal to be homosexual, with members of the community facing consequences ranging from physical violence, the loss of their jobs, to being isolated from their friends and families. In Chicago, on June 27, 1970, the Chicago Gay Liberation group setting out to commemorate the one-year anniversary of the Stonewall riots before other groups across America took to the streets themselves. Supported by the American Civil Liberties Union, and countless supporters, what started as a march to commemorate a tragic event, came to be a celebration of a community that had long lived in silence.

The history of Pride is commonly associated with the United States, but the reality is that wherever there is a country with an LGBT community: it has its own unique origins for Pride. The UK is one example. Having decriminalised homosexuality in 1967, the very first Pride march was set to take place on July 1, 1972. Set for the closest Saturday to commemorate Stonewall.

Meanwhile, in Asia, Pride took root in the early 90s, with countries like Nepal and the Philippines aligning there’s with dates commemorating the example set by Stonewall.

While America’s Pride origins is the more commonly known story of how Pride came into being, wherever there is an LGBT community in the world, there is a unique history of pride worthy of celebration. So While advocates like Marsha P. Johnson, Harvey Milk, Alice Nkom, and many others endured the hardships that came with railing against the status quo, they paved the streets we proudly march on now. Parading down city streets where Pride and LGBT rights are celebrated and defended across the globe.

There have been decades between ourselves and the struggles our parents and grandparents suffered, but Pride month and the marches that happen a couple of days out of the year serve as a testament and reminder that work remains outstanding, but serve to show us that we have become ever more eager to embrace the uniqueness and diversity emblematic of that LGBT rainbow. 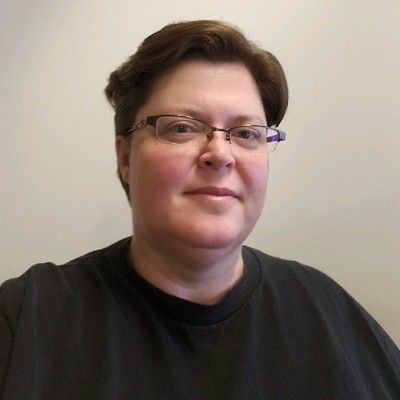 Courtney is a Facility Manager, within AVEVA’s Global Real Estate / Workplace and Facilities team, based in Lake Forest, California. Joining AVEVA in 2018, Courtney brings extensive experience in Facilities and Operations Management, Team Building, Project Management, Communications and Financial Analysis within the education and utility/municipality sectors. Courtney is also a proud veteran, having served 5 years in the US Air Force.

A pivotal member of AVEVA’s employee-led PRIDE network founded in March 2020, Courtney helps coordinate and lead activities focused on capturing the voice of our LGBTQ+ employees and is proud to be helping advocate, raise awareness and foster connections across the organisation, so that all employees have a clear sense of belonging and purpose. Courtney affirmed her own personal identity coming out as a lesbian at 18 years of age.