The story of pharmaceutical production is often a quest for the golden batch: a repeatable process that consistently optimizes yield and quality. But pursuit of the golden batch can be a perilous process. Compliance with government regulations is always a chief concern for biopharmaceuticals. Results must fall within a narrow framework or Proven Acceptable Range (PAR) of acceptable variability. Add in the complexities and variance inherent in working with a biological process to create your product, and the quest for the golden batch quickly starts looking like a narrow mountain pass on the road to El Dorado. A vision of a golden land lies before you. Meanwhile, you face the threat of avalanches from above and the possibility of steep falls into deep ravines below. For an animal health subsidiary of Boehringer Ingelheim, a top international pharmaceutical company, their quest for the golden batch began with a seemingly simple question: what if?

Will A. Penland, Principal Data Scientist at Boehringer Ingelheim, Animal Health and his team began looking at the fermentation process they use to produce vaccines and asking themselves if there were ways they could improve it. What if they could reduce product variation? What would it take to reach pharmaceutical El Dorado? Penland and his team knew that their biggest problem was variation, which can arise at many points in the production process. The sheer number of different potential sources of variation makes this a critical but difficult problem to solve when pursuing the golden batch.

For Penland and his team, the answer seemed to lie with using multivariate data-analysis techniques (MVDA) and advanced statistical modeling. But implementing MVDA presented another set of obstacles. Gaining a better understanding of process variability meant monitoring their process at many different levels. To use their data analytics software, the team needed a way to first aggregate and contextualize the data from all these potential sources of variation. 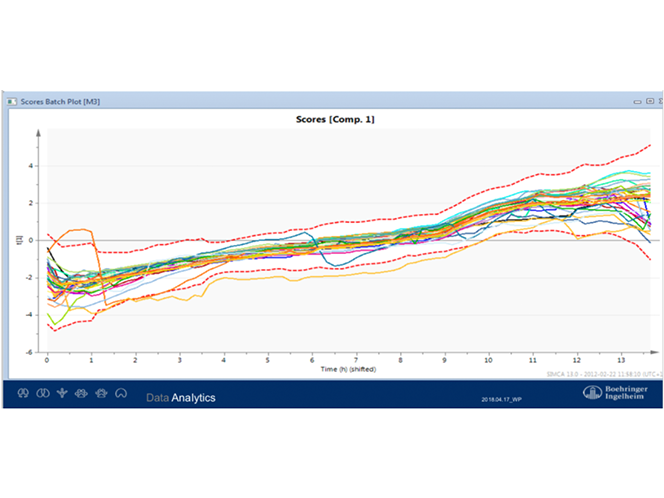 AVEVA™ PI System™ turned out to be the right, robust software to help Penland and his team of data scientists on their journey. PI System allowed them to bring their diverse data streams together, aligning their SCADA, LIMS, process control and attribute data with their time-resolved spectroscopic data. Using PI System’s Asset Framework technology, they created a data-modeling hierarchy for different types of data streams related to the fermentation process. The team also triggered process steps within their programmable logic controller and used a step-numbering system to create Event Frames in Asset Framework to identify important process events. They now use Event Frame to keep a close eye on the various stages of the fermentation process, particularly the growth phase.

PI System did more than just enable their advanced data analytics and batch evolution modeling. The success of any quest is often a question of mindset, and PI System brought benefit in this area too. “We have a data-driven mindset now,” Penland recently said of himself and his fellow colleagues. “We are asking how do we interpret this and what is the data telling us rather than having a more reactive knee-jerk response, fighting fires all the time.”

Learn more about how PI System brings data together to create digital transformations.