The industrial chocolate market might be the sweetest sector of the U.S. economy, but, like others, it's facing a plethora of new business challenges.

The Hershey Company (Hershey), which holds the largest confectionery market share in the U.S., knows them all. With over 80 brands to satisfy the budding sweet tooth and the savvy chocolate connoisseur alike, Hershey is facing shorter planning cycles, increasingly leaner manufacturing processes, more regulations, and growing demand for a wider product portfolio. 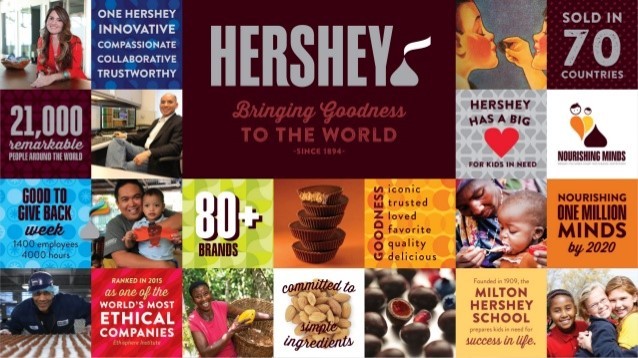 According to a report, American consumers are now asking for single-origin chocolates and value-added, premium products at a lower price range. To keep up with new market demands, Hershey's has turned to big data and analytics and sought out innovative ways to cut costs and reduce inefficiencies.  “Manufacturing is again becoming the core where technology will drive new value streams,” said Russ Gregg, Hershey's Business Transformation Manager for Supply Chain Solutions, during his recent presentation at a regional conference in New York hosted by OSIsoft, now part of AVEVA.

The AVEVA PI System at the sweetest place on earth

For Hershey, many of the answers to today's manufacturing challenges have come in the form of “PI” - the AVEVA PI System, that is. The company adopted the AVEVA PI System as its operational data infrastructure more than 20 years ago at the West Hershey Plant, where chocolate lines can make a staggering 2.9 million Hershey's Kisses an hour. The AVEVA PI System has proven itself to be an effective bridge between IT and OT, delivering not only visibility into real-time production line processes but proven business insights.

According to Gregg, Hershey has been able to “leverage real-time data from the machines for its IT applications” for performance analytics. Using AVEVA PI System’s Asset Framework (AF) to standardize data into a consistent hierarchy, Hershey’s engineers replicated plant operations in a digital twin of its physical assets. Real-time data from AVEVA PI System is fed to AIM, the company's manufacturing intelligence layer that monitors the sweets-making equipment. Before long, Hershey rolled out AVEVA PI System to other facilities, including the company's new plant in Malaysia.

“By building that data structure in AVEVA PI System’s AF, we can eliminate a lot of the complexity from the IT applications perspective,” noted Gregg.

Recently, Wei Chong Lai, an IS Manufacturing Analyst at the Malaysian plant, single-handedly solved a production challenge using the AVEVA PI System. The Business Unit Leader wanted to track and account for the transfers of cocoa bean paste from the conches that give chocolate its recognizable, mouthwatering taste to the plant's tank farm. The AVEVA PI System helped to thread the needle. Wei easily imported the DCS control system screens with information about tank IDs, valves positions, and pump run states into AVEVA PI Visionä, AVEVA PI System’s web-based visualization application. Suddenly, his team could see the transfer of various pastes through the system and know the status of each pump, valve, tank, and conche.

“With very little work, you can put the context around [your operations], add a little logic around it, and instantly have insight,” said Gregg. “That's the power of AVEVA PI System”.

Today, AVEVA PI System is used in five of Hershey's factories, and IT-OT collaboration is no longer optional. AVEVA PI System continues to help the company to expand its data-driven culture.

For more about the Hershey Company and AVEVA PI System, watch the full presentation here.