Journey though AVEVA: the voices behind BLACK Voices

To celebrate our diverse range of Employee Resources Group (ERG) groups, we’re sharing the histories and hopes of five members of BLACK Voices @ AVEVA. This is the employee group that works to enhance, support, and strengthen the global relationship of black employees within our AVEVA communities and bring awareness and inclusiveness to allies. Here’s what the group has to say. 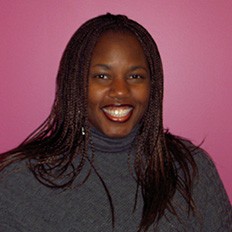 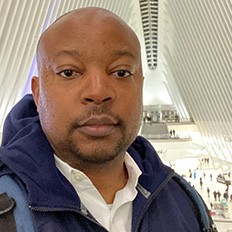 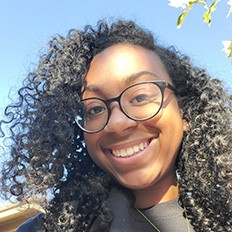 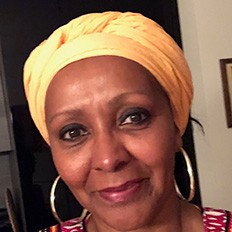 How do we boost inclusion at AVEVA? How do we get past the uncertainties and assumptions, really learn about one another, and create a culture in which every colleague feels welcomed, accepted, understood, and empowered?

Those are big questions, and finding answers takes honest, open, and ongoing communication. For the black community, that communication itself can require both courage and resilience.

The importance of listening

After completing his degree in Chemical Engineering, followed by an MBA, Philadelphia-based Kenneth Parker became an engineer. He’s now a Customer Success manager at AVEVA.

“I grew up in Colorado,” says Kenneth.  “There weren’t many Black people, and they never really did much for Black History Month, but as I’ve got older, I now reflect on the journey made by Black people. As a race, it’s good to reflect on where we’ve come from, what should be done, and where we’re going. Another part of our responsibility is to continue the work to form a more perfect union.

“I think we need a broader coalition of people, and we need to face the problems together. After the murder of George Floyd, I had some discussions with my white friends, and it was interesting to see how they and their kids reacted to his death and aftermath. I had some difficult and enlightening conversations. In the end, I think we both understood each other's journeys a lot better.  And we each walked away more prepared to improve our communities.

“George Washington talked about building a nation where every man can sit under his own fig tree and not have to be afraid. Clearly that is not the case, but we need to have the conversations to move forward. And people can be in conversation with me and ask questions, but I have to move myself to a point beyond just feeling the emotions to a point where I am ready to engage mentally.”

The difficulties of bridging that gap, and being able to speak openly, also resonate with Texas-based Brittany Patterson. She went to Texas A&M on a scholarship and worked part time to achieve her long-term goal of becoming an engineer.

Now in a consultant role, Brittany says that she feels blessed in her experiences at AVEVA so far. Even so, she feels the need to compartmentalize how and what she says and only feels comfortable discussing social justice issues with colleagues within BLACK Voices.

A community of support

“My dad was a personal friend of George Floyd,” says Brittany. “That kind of thing is on my mind when I get up in the morning. Considering what’s going on in society, it feels like bombs are going off all around you, but the world doesn’t stop for these kind of things. I wonder if I’m the only one who has these feelings.”

For Brittany, having BLACK Voices offers a community of support.

“Having this ERG within the workplace matters because, as a Black person, I don’t know if I can bring my whole self to work. When people can bring their whole selves to work, and not compartmentalize, they can perform well in their roles and then help the organization as a whole.”

Product Support Engineer Anna Thiam says that for her, as for Brittany, BLACK Voices was a natural community to join at AVEVA.

“It’s nice to have people to talk to and exchange about the culture and things they have in common. It’s nice to be part of a group where you have brothers and sisters.”

Born in France to student parents from Senegal, Anna’s family moved back to West Africa when Anna was two. The family went on to live in a number of different countries, including Gabon, Ivory Coast, Niger, and Togo.

“Prior to joining AVEVA, I was a developer for 15 years, and then I worked in project management, and spent some time teaching Computer Science. I learned a lot about patience and listening as a teacher.”

Djenebou Diawara is also from a West African family. She was born in Moscow to a diplomat father and a midwife mother. The family returned to Mali when Djenebou was 12 and a half years old. She went on to live in both France and Germany and started at OSIsoft (now part of AVEVA) in 2000.

In her current role, Djenebou is in charge of commercial operations for AVEVA EMEA. She wants BLACK Voices to get involved with the community by actively working to raise awareness of the opportunities on offer with AVEVA and encouraging applications from young, black talent at HCBUs and other universities and schools.

“I want to help people know about AVEVA and what we do and to give opportunities to young people.”

For her, the group is an important way to get greater diversity at AVEVA: a balanced, worldwide mix of backgrounds and cultures.

“The more we have, the better it is. I want BLACK Voices to bring in more Blacks from all over the world, and to learn about their histories and cultures. To hear those voices would help to get rid of the biases that people have, to achieve equity, and to get more allies.”

“I’m a white cisgender male who grew up Corning, NY, USA in a supportive family,” says Todd. ‘With a big Fortune 500 company (Corning Inc.) in a small town, we had very good schools. Looking back on my life, I start to see the many ways I have benefited from privileges that I had along the way that helped to get me where I am today.”

“It’s important that people like me support the goals of our Employee Groups,” says Todd. “It’s important that everyone has the same opportunities to be successful no matter what their background. In the end, diversity brings more talent into the company, and we are all stronger and will be more successful because of it, both professionally and on a personal level.

“All companies have a long way to go to improve diversity and more representation from historically disadvantaged groups. I see the BLACK Voices group as a way to help close some of these gaps and help build an inclusive culture that celebrates diversity.”

For Hope McShan, building inclusion and expanding sustainable diversity at every level throughout AVEVA would be the key achievement for BLACK Voices. AVEVA’s Interim Director of Customer Training, Hope was born in Wisconsin and now lives in Orange County California.

“I have a right to live here, but others feel that I don’t,” says Hope. “The other day, a young Black man was playing basketball, and a kid yelled out, ‘monkey go back home to where you came from.’ I want to reach out to my neighbor. How do I explain to my child about being equal in this world?”

The importance of being heard

“We need to remain connected,” says Hope. “I joined BLACK Voices because I was motivated by the sense of community and being able to collaborate and support people who look like me. Relatability supports you to be heard.

“Employee groups need allies. We need sponsors who will fight for us when we’re not in the room. We also need to be the sponsor for others.”

Why is that so important?

“When you’re heard, you can impact decision and decision-making,” says Hope. “You can build a culture where everyone fits in.”

At AVEVA Diversity, Equity and Inclusion are essential to our culture, innovation, and success.
Read more