Europe’s temperate north has been ablaze, and it’s been alarming. In rainy London, the mercury topped 40 degrees outside AVEVA’s offices. Sadly, the heat was not limited to Europe. Forest fires have been raging in 15 North American states, including Alaska. Africa is also experiencing its hottest summer on record. Conversely, the US is currently navigating catastrophic flooding in Kentucky and parts of eastern Australia are still recovering from repeated flooding in recent months. All events proven by the World Weather Information Service as being fueled by human changes to the global climate.

In response, it’s tempting to set ever more ambitious emissions targets, to shorten deadlines, to heat up the rhetoric in step with the thermometer. But simply setting targets doesn’t make them reachable. Strong words don’t reliably translate into meaningful action: it’s cool heads that the world needs right now.

As one European paper put it, surveying the smoldering French countryside – one sheep grazing throughout the winter and spring can do more for fire control than an entire team of pompiers once flames are ablaze. The fires we see today are the result of processes begun months, even decades ago: many uncontrolled fires in Europe have been linked to the exodus of young people from countryside to cities, resulting in a lack of effective environmental husbandry, long-term thinking and the loss of understanding of how best to manage rural ecosystems.

SBTi validation – the beginning of measurable progress for AVEVA

It’s in this context that AVEVA’s new environmental targets have been validated by the SBTi, the recognized global benchmark for reducing emissions in line with the Paris Agreement goals. We are proud to be one of just 13 organizations worldwide, and the first software company in Europe to receive the validation. But we cannot be in such a tiny minority for long. We need hundreds, indeed thousands of other companies to join the initiative and start working towards concerted change.

Our targets have been validated because they are more than a single emissions reduction goal - they consist of a clear roadmap for achieving reductions learn more. We have committed:

These goals are the product of more than five months of dialogue between our own sustainability teams, the SBTi and regulators worldwide. The targets are measured and measurable, and we are on track to achieve them – in fact, we hope to exceed most of them. And we are already putting words into action: we have transitioned 65% our offices to green energy;  we are encouraging our teams to reduce emissions from commuting; and we are putting in place individual carbon budgets even for our most well-travelled salespeople.

Of course, for a company like AVEVA, targets are easier to execute as our manufacturing base is digital compared to a large network of factories. Nonetheless, meeting them will require behavioral change and collective effort by our entire 6,500 people across the globe. Underpinning our plan is the will to make a change, a commitment that I’m proud is shared with all our colleagues – and many of our partners and suppliers too. Because successful climate action cannot be confined to AVEVA alone – Individuals, communities and entire nations are waking up to the urgent need to change how we live in order to drive meaningful climate change – in the right direction.

If we return momentarily to the baking pavements in the City of London last week, there was much talk of the “Great Fire” which engulfed the medieval city in 1666. On the fifth day, the citizens finally prevailed upon the authorities – in the form of Charles I – to bring in the king’s army to stop the blaze, by pulling down entire streets of houses, creating fire vacuums that stopped the flames, just as the firefighters of the Gironde did last week.

As more companies adopt targets and receive formal validation from the SBTi, so we are creating more corporate firebreaks to limit and redesign the global economy on more sustainable lines. This measured, measurable, and concrete approach is the best way I know to drive meaningful change. I commend it to all other business leaders. Let’s commit to the right direction towards a sustainable future. It starts right here, right now. 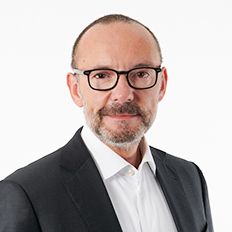 Peter joined AVEVA as Chief Executive Officer in May 2021 from Schneider Electric, where he led their global Industrial Automation Business and was Vice Chairman of the AVEVA Board of Directors.

Peter started his career as Software Development Engineer with Mitsubishi in Japan, later joining Siemens, where he held several executive positions in Factory and Process Automation, along with leading Corporate Strategy as Chief Strategy Officer. In 2016, he was appointed to the Executive Committee of Schneider Electric, leading the Industrial Automation and the Industrial Software business, which he merged into AVEVA in 2018. He has a global and extensive executive and senior management background in Germany, China, the US, France, Switzerland, and Japan.

Stay in the know: Keep up to date on the latest happenings around the industry