Easy as PI: ORCA & the layers of notification

AVEVATM PI SystemTM offers its users real-time awareness. But how do you effectively mobilize it in a huge organization with thousands of devices and millions of data streams? You can use real-time data to both reduce operational costs like repairs or boost power output by increasing the so-called capacity factor. One such data-rich device is the turbine: an individual turbine can have 300 to 1000 data streams and generate close to 100,000 data points a day.

Through its subsidiaries in North America, EDF Group works with firms in the utilities, commercial, industrial, and corporate space on the procurement of renewable energy. EDF Renewables is the group’s global renewable affiliate, present in 20 countries. EDF Renewables has 2845 owned turbines in addition to 487 ones owned by third parties, and the company sought to develop a tool to track, provide updates, and measure KPIs for the return to service of long-term down turbines (LTDT). EDF set up PI System to alarm if a turbine’s state changed to not ready/running, if active power was less than or equal to 0, or if a fault’s duration exceeded 72 hours. Combining Event Frames for analysis with Notifications from PI System, ORCA was born. ORCA—Operational Readiness and Contextual Awareness—is an intuitive interface that allows users to quickly view KPIs in an intuitive dashboard using real-time data.

EDF Renewables uses ORCA to make KPIs readily available to all and create fault codes through Event Frames, which is an AVEVA PI System component that captures important events with related data and context in near real time. To minimize additional work, EDF built out an auto-open/close service and employed Event Frames to track updates and changes. The company used a KPI engine to report metrics as well as AVEVA PI System’s Notifications feature, which end users can customize according to their needs. 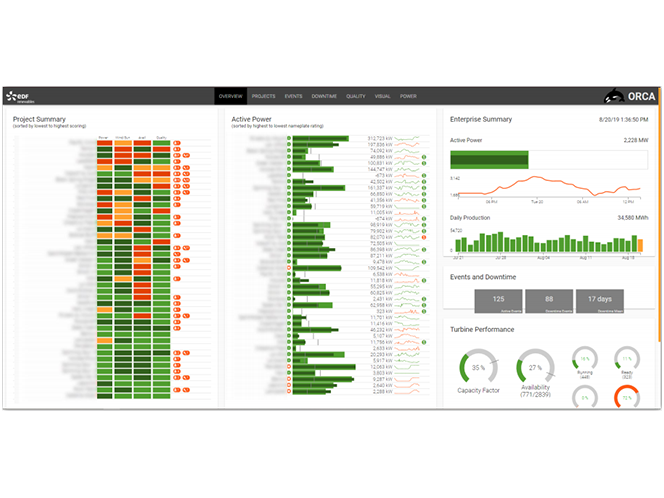 As well as accessing high-level KPIs through ORCA, users can see details about individual turbines. If there's an issue, users can drill down to find the specific turbine causing problems, and they'll be able to see the cause of the issue as well as various parameters such as time out, energy lost, etc. Users can see both business-related and engineering parameters, so it is possible for them to distribute information across all facets of the business without having to alter the setup.

You can roll up these parameters into a KPI dashboard, which will show the impact that various events have on overall performance (and what you can do next). 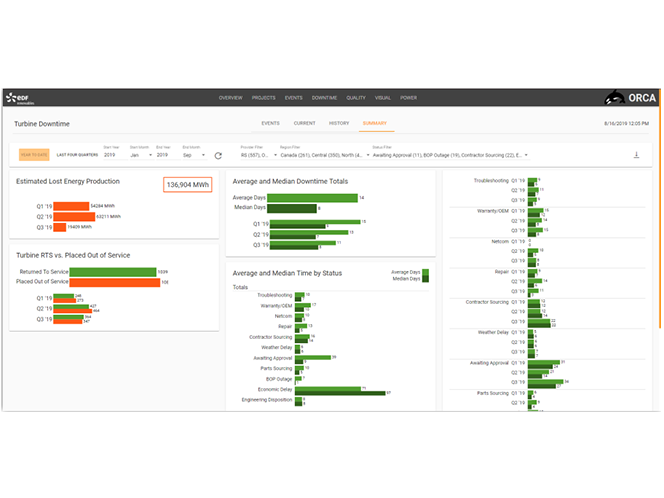 Event Frames was initially conceived as a way to replace PI Batch, which enabled users who were doing batch processing to monitor the various stages of that process and capture the relevant data. Nowadays, Event Frames has a much broader use, with customers using this function of AVEVA PI System to capture important events, even if they're not working in batches. Event Frames enable users to index their time series data, marking segments of data streams that represent important events. Notifications are the perfect complement to Event Frames, as users can set parameters for notifications so that they can take immediate action.

ORCA has proven a crucial part of EDF Renewables’s operations, enabling the company to identify improvement opportunities and provide transparency to stakeholders through the use of Event Frames and Notifications. With these intuitive dashboards and user-friendly, customizable notifications, EDF has also managed to reduce the manual effort required by site managers to diagnose and fix problems while improving issue escalation and quantifying the cost of delays.