Matt Billing joined AVEVA’s graduate scheme fresh out of university with a degree in Mechanical Engineering in 2015. Five years later, he’s now Pre-Sales Lead, heading up his own team within the sales department. We spoke to Matt to find out a bit more about his AVEVA journey, what he enjoys about his role and the advice he has for those looking to follow a similar career path. 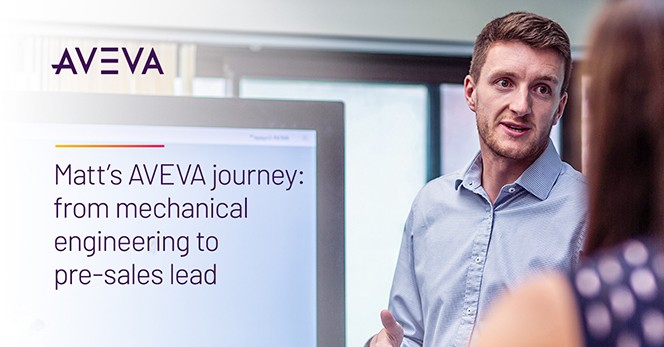 Matt first came across AVEVA when applying for graduate schemes at university. It was the diversity of AVEVA’s operations across a broad scope of industries on a global scale that appealed to him. And, with so many recognizable customers that Matt was familiar with, AVEVA felt like a maze of the possibility that he was eager to explore.

“I’ve always had an interest in science and math, but I quite strongly believe that when you do an engineering degree, you're not learning specifics, you're learning a thought process and a way to problem solve,” explains Matt. “It’s that state of mind that has been key in my role at AVEVA and in that way I don't think I'd be able to do it without that degree.”

While at university, Matt completed two summer placements at Shell - now a strategic partner of AVEVA. Although not directly related to his role at AVEVA, this experience gave him relevant industry knowledge that generated an interest in AVEVA’s graduate scheme.

Learning on the job

Before progressing to the Pre Sales team, Matt spent some time on the graduate scheme in the training and product support department, where he became familiar with AVEVA products. Here he spent time building training guides for AVEVA heritage products like AVEVA E3D Design. “It's a useful way to learn the products inside out,” Matt explains. “There are around 10-20 different training guides for each product, each on specific bits of functionality so working on and developing these was a good way to learn.” It was these learnings that would be the foundation for Matt’s role in pre-sales.

“Once I arrived in the pre-sales department, I started meeting people in the company that was similar to me - it became obvious that that was the route I wanted to take.” This role involved using his product knowledge to build demonstrations, for example on AVEVA’s 3D modeling tools E3D Design and Structural. Matt would talk to the teams who were liaising with customers and learn what it was they needed to demo and what the customers wanted to see. “We built global demos that anyone in pre-sales could pick up and just plug and play.” These teams didn’t always have a deep knowledge of the products, so Matt’s work enabled them to guide the customers through multiple aspects of AVEVA’s offerings.

“What I learned from training and product support was very much a way of thinking that could be applied elsewhere in my role,” he says. Matt joined the pre-sales team only having knowledge of about two AVEVA products, but it was the grounding that allowed him to continue to learn and come to understand the next 10-15 products he would encounter in the following five years.

Today, Matt sometimes finds himself presenting to both internal and external stakeholders and has always had visibility amongst key stakeholders at AVEVA in his time at the company – from product demos to new starters to presentations to press, investors and customers around the world. “A personal highlight was giving a product overview to our Chief Marketing Officer, Lisa Johnson. I was only about two months from finishing the graduate scheme and was told she was just a visitor, but at that time I was just willing to share my experience.” It’s opportunities like these that have helped Matt continue to develop and get where he is today.

“I think the word is flexibility,” explains Matt as he speaks about life at AVEVA. Graduates and new starters alike are able to choose their own path within the company and pave their way based on their own personal interests. “If you were to initially join a pre-sales role, you would still be able to forge your own path in your time at AVEVA. There is such a diverse range of products and so the different directions you can pursue are huge” Today’s pre-sales graduates spend their first year learning about the breadth of AVEVA’s portfolio, our customers, and our industries. Then, after gaining this overview, they pitch to the Pre-Sales Leads they are most interested in and the route they want to go down and we make that happen.

Today, Matt leads his own team of seven in the pre-sales department and this dynamic AVEVA lifestyle carries through into how he works with them. “I spent two years working alongside them after the graduate scheme, they know me and I know them and, in a good way, they don't see me as their manager.” Even as a senior member of staff, Matt still likes to get his hands dirty when he needs to and get stuck in with helping the team in their daily roles. “When we need things done quickly, they know it’s a team effort, they know I will help out and do my part”.

A highlight in his daily role today is working alongside a few of the other graduates from previous years that he’s progressed with. He is able to sit alongside them every day in a position that allows them to make key business decisions. In a way, it’s almost come full circle as Matt now manages his own graduates. From developing his skills and knowledge on the graduate scheme, Matt explains that “it's now a pleasure to be able to pass that down to new graduates and have a team that believes in the same values”. 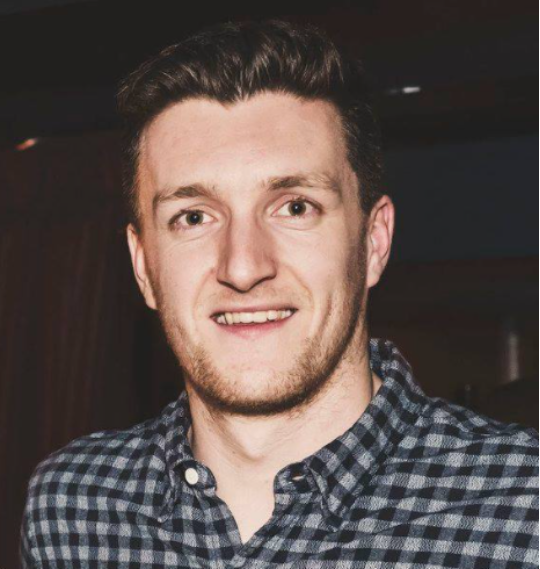 Matt has been a part of AVEVA since graduating in 2015 and is currently the leader of the Presales – Global Demos team, enabling global Presales with packaged demonstrations across a large footprint of AVEVA’s portfolio.

After 2 years on the AVEVA graduate scheme, Matt landed a role in the team he now leads. Over that time, Matt has built a strong knowledge of AVEVA’s portfolio as well as key business drivers like Cloud and Artificial Intelligence.