The effects of climate change are already being felt across the planet as extreme weather events become increasingly frequent occurrences. The world faces unavoidable multiple climate hazards over the next three decades.

But beyond water shortages, power outages, evacuations and displacement, climate disasters are taking a deadly toll. More than five million extra deaths each year can now be attributed to abnormal hot and cold temperatures, according to a study by researchers at Monash University.

By 2050, we will also pay dearly for warmer summers and colder winters, as climate change takes 11-14% off the world economy by 2050, or about $23 trillion in value. We could see another 140 million people lose their lives. Governments and businesses around the world now recognize that avoiding those calamities requires a fundamental shift in thinking.

Embrace people and the planet alongside profit

Putting the health of the planet and its people alongside the profit motive is the need of the moment. Accordingly, 136 countries and 740 of the world’s leading companies have outlined net-zero goals aimed at bringing greenhouse gas (GHG) emissions to as close to zero as possible in order to limit global warming to 1.5°C above pre-industrial levels, in line with the goals of the Paris Agreement.

The UN’s Intergovernmental Panel on Climate Change (IPCC) warns that we’re not moving fast enough. Unless
there are immediate and deep greenhouse gas emission reductions across all sectors, 1.5°C is beyond reach. But as we proved to ourselves during the recent pandemic, when we rise to the occasion, we can truly effect change.

With the appropriate action, we make now can halve emissions by 2030, the IPCC says – provided we act immediately, and put the right policies, infrastructure and technology in place. It is in this context that setting the appropriate kind of targets becomes necessary.

While goals can provide long-term vision and short-term inspiration, merely stating our ambitions publicly isn’t enough. Whether in business or in government, we must aim for evidence-based targets that are rooted in the real world and offer a clear roadmap to success based on a strategic action plan.

More than 3,500 businesses and financial institutions around the world are working with the Science Based Targets initiative (SBTi) to reduce their emissions in line with climate science.

The initiative is a partnership between CDP (formerly the Carbon Disclosure Project), which runs the global environmental disclosure system for businesses and sub-national governments, the United Nations Global Compact and other organizations.

In essence, the SBTi urges the private sector to commit to – and have validated – ambitious emission reduction targets.

Decarbonization targets are considered ‘science-based’ if they are in line with what the latest climate science deems necessary to limit global warming to 1.5°C above pre-industrial levels. They must also be accompanied by commitments and short- and long-term goals. Inherent in those commitments is a clearly defined pathway to reducing emissions in line with the Paris Agreement.

More than 1,600 companies worldwide – including AVEVA – have had their targets validated by the SBTi.

Achieving those goals requires companies to look across their entire value chain and implement decarbonization strategies that will reduce GHG emissions in absolute terms. Transitioning to renewable sources of energy is a good place to start but digitalization can also unlock significant operational efficiencies, as well as support supplier and customer engagement, data-sharing and collaboration at the scale needed to realize a greener and more resilient future for all.

Disclosing the organization’s progress in terms of quantifiable metrics is essential to retaining stakeholder trust every step of the way. Businesses already hold themselves accountable to stakeholders for their financial performance. As investors and consumers request stronger compliance with sustainability metrics, it’s time for organizations to take measurable action to combat climate change and ensure their own climate resilience.

Because sustainable business is good business. 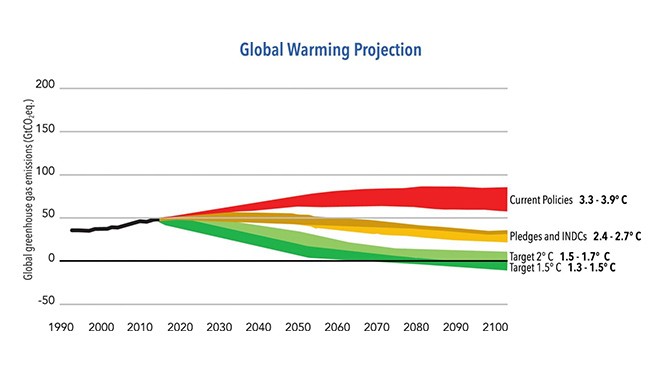 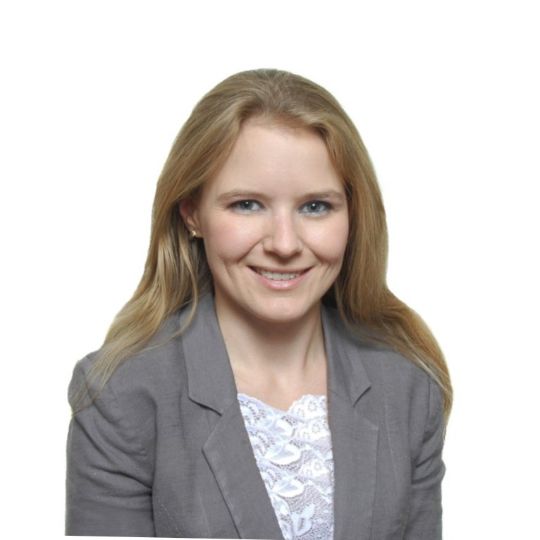 Lisa is responsible for developing and leading AVEVA’s global sustainability strategy and plans. She has been working to advance corporate impact on sustainable development for her entire professional career, including through multiple sustainability roles at Chevron and more recently having built up a sustainability programme at Under Armour. Lisa has a successful track record across all major areas of sustainability, including strategy development, programme design, ESG Reporting and employee engagement. She is passionate about building relationships across cultures and with a wide range of stakeholders to help solve sustainability challenges.