The Palace of Versailles has been a cultural icon for more than four centuries since Louis XIV moved the royal court from Paris to Versailles in 1682.

“AVEVA software solutions were key to our team’s success in achieving the project’s three main objectives - historical restoration of the property; the modernization of management processes, enhancement of the technical networks; and improvement of the visitor’s experience.”

ÎLE-DE-FRANCE, France – The Palace of Versailles has been a cultural icon for more than four centuries since Louis XIV moved the royal court from Paris to Versailles in 1682.  At that time, it became the seat of political power of France until 1789 at the onset of the French Revolution.  Today, the Palace of Versailles attracts more than 7.5 million visitors each year who marvel at its lavish Hall of Mirrors, extravagant artwork and lush gardens.

Encompassing more than 700,000 square feet with almost 2,000 acres of gardens, the Palace of Versailles represents a tremendous responsibility, as well as challenge for successfully preserving and maintaining this centuries-old landmark.  The sheer size makes day-to-day management and security of the palace a substantial task for the Établissement Public de Versailles (EPV), the institution responsible for maintenance of the estate and overseeing its 800 employees.  This office also faces a delicate balancing act between the demands of mass tourism and the conservation of the prestigious historical landmark.

Over the years, the need to establish a long term strategic development plan had become increasingly apparent. In 2003, a site management programme was created to address restoration the Palace of Versailles’ historical monuments and décor, improvement of safety of operations, as well as enhancement of the overall visitor experience. 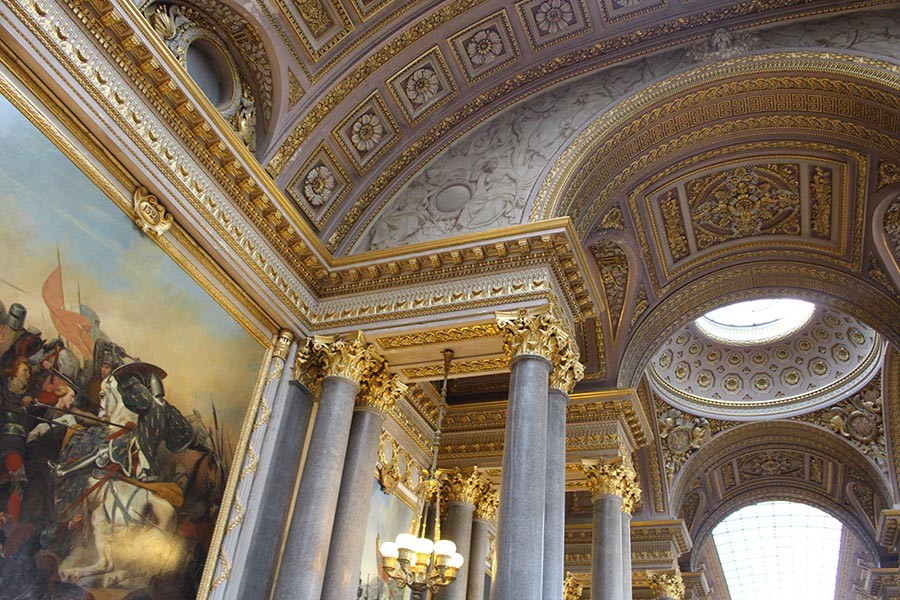 “This ambitious 400 million-Euros project had three main priorities–historical restoration of the property; the modernization of management processes to include improvements to the safety of the technical networks, and improvement of the visitor’s experience. Wonderware software solutions were key to enabling our team to successfully centralize site management applications.”

The first phase of work took place from 2004 to 2012 and included projects to secure internal networks of the Royal Opera, as well as the Grand Commun which was returned to the government by the French Ministry of Defense at the end of the 1990s. During the French Revolution, the Grand Commun section of the palace had been used as an arms factory and military hospital, and was now to be restored to accommodate the scientific, administrative and technical departments for managing the Palace of Versailles.

“During discussions as to how to effectively manage the various functions of these sites, we had the idea to locate all administrative services at the Grand Commun, and establish it as the Energy Centre which would be responsible for the production and distribution of electricity to fulfill the power needs of the entire palace site”

The electricity system was a key component of the BMS strategy and would encompass all heating, electricity, air conditioning services, as well as IT and telephone servers. The processes for these areas are connected via a technical corridor buried underground. Not only did the sheer size of the overall estate pose a challenge, but each building had different and incompatible technical installations, with separate staff that were specifically assigned to manage each network.

To facilitate daily operations, it was necessary to design a common communications infrastructure that allowed all the systems to communicate via an open protocol using tools capable of integrating different equipment types.

“We wanted technicians to be able to see and manage all site data directly from their desk. Since surveillance of the technical systems is very extensive, we required that supervision of all the site’s subsystems be intuitive and easy to master by our staff.”

Specialising in process management and automation, Basis Automation, a system integrator, was selected to install and manage the software solution. The Basis Automation team was tasked with creating software objects that could be easily replicated from one project to another, to save on engineering time and expense. Before designing the control system for the entire site, the team was faced with the enormous task of collecting and processing a large quantity of data that already existed among the disparate systems already in place.

“This challenge was two-fold. We needed to gather existing data which was stored in a variety of different formats, and migrate it into a centralised system. Our team had to work within the restrictions imposed by a historic site that was in constant use, making downtime or closure of the Palace of Versailles not an option. As a result, it took more than three years to collect all the necessary data before being able to officially begin the project”

To fulfill the specifications required by the OPPIC, the Heritage and Cultural Buildings Project Manager, and with the support of a wide range of consultants, Basis developed a library of objects for the application. The firm considered all the processes and utilities involved, and developed standardised custom objects for supervisory views, allowing each operator to have detailed and understandable grahpical user interface (GUIs).

“For example, previously there was a single screen for supervision of the lighting in the Hall of Mirrors and courtyards. It’s now possible for operators to navigate from a general overview down to a detailed overview of all levels of the palace, including the attics, which can be viewed on the control center’s 3D screen.”

System Platform was selected to serve as the overall system architecture that encompasses several processing layers to successfully manage the site’s extensive operations, as well as connect seamlessly with future applications. System Platform functions as an “Industrial Operating System” that provides a collection of integrated common services including visualisation, configuration, deployment, communication, security, data connectivity, data storage and management, people collaboration and many others.

This functionality enabled the Palace of Versailles team to build a single, unified plant model that logically represents processes, physical equipment, industrial systems and even legacy systems, making the design and maintenance of these systems more flexible and efficient.

All data is collected and stored for retrieval via Historian Clients, the first, large-volume plant data historian to unite a high-speed data acquisition and storage with a traditional relational database management system.

Historian Clients enables smarter business decisions by providing a secure, highperformance database that consolidates disparate data sources. It also provides for rapid retrieval of pertinent information used to keep facility processes operating smoothly. The application is distributed over seven supervisory servers, each dedicated to a specific operation. These are connected using two redundant servers located in two separate locations in which one automatically takes over if the other fails. The technology communication interface between the locations is guaranteed by a secure network of five hubs which receive data from the operations within each building.

The data collected for all events are recorded in real-time by the supervisory servers and then made immediately available to the Hypervision station at the central technology control center.

Operating as System Platform’s visualisation tool, InTouch Edge HMI provides the Palace of Versailles team real-time visibility into their processes. InTouch Edge HMI is an open and extensible Supervisory HMI and SCADA solution that enables the rapid creation of standardised, reusable visualisation applications and deployment across the historical site’s entire enterprise from a single control center.

“Shared information is considerably more relevant and detailed than in the past. It enables us to anticipate better, so that the time to re-establish service in case of failure is significantly shorter.”

The network names have been standardised throughout the site and criteria has been established to choose the tool which can best interface between the ground and the operational execution servers based on set standards.

“This long-term project has required a very rigorous approach since its subdivided into several parts, with each managed by different suppliers according to the department.”

With the implementation of AVEVA software solutions, the Palace of Versailles management team has achieved a scalable system that requires lower operational and maintenance costs, with no interruption of operations.

In addition, because the system is able to obtain information on energy consumption, the team is able optimise the site’s overall energy use. This is a true asset for the successful operation of the Palace of Versailles, ensuring it will continue to awe and delight the myriad of visitors that enters its gates each year.