The room wasn’t much larger than a closet. The server sat between electrical panels and piping. Not a chair in sight. Having traveled from a different building, the data analyst sighed. He crouched down, propped his laptop on his knees, and plugged the cable in. Finally, he had data access. He manually ran a query. Out popped a CSV file. He scanned the data, and his shoulders dropped.

The raw data didn’t make any sense to him.

This would require a lot of data cleansing and multiple meetings with this department’s domain experts. That is, if they’re willing or have the time.  Plus, before returning to his distant desk, he still had to physically pull data from a couple of other systems. Only then could he begin preparing the data for analysis.

By the time he finished, would it even be relevant? Why was this so difficult?

The wide gap between industrial domain experts and data scientists

When Pfizer presented the above scenario at AVEVA’s user conference, the pharmaceutical company’s data analyst attributed his difficulties to isolated raw data sets and poor analytical tools, but also to a lack of collaboration between departments. Data analysts in every industry encounter these issues.

In another example, DCP Midstream, a leading natural gas company, found that it had very disaggregated data silos. These silos had led to different standards and practices across DCP Midstream’s departments, making it difficult to collaborate on reporting and analytics efforts.

Newcrest Mining, a gold mining company, called the wide gap between operational domain experts and data analysis teams one of the biggest challenges in any industrial data science project.

Our customers aren’t the only organizations seeing this. In a survey of more than 1,500 global executives conducted by Forbes Insights and Ernst & Young, 41% of respondents identified a lack of collaboration between IT, analytics, and business teams as the leading pain point when designing data and analytics initiatives. The study also found that operations officers were especially concerned about the lack of alignment and collaboration across functions.

Three customers, three industries, looking to improve their future operations by accelerating analysis and decision-making. They each implemented an AVEVA data management solution.

Our technology provided an industrial-focused approach to collecting, enriching, using, and sharing real-time operations data. The projects resulted in millions of dollars in value, but also led to what Newcrest Mining characterized as “probably more valuable to the company as a whole than numbers [indicate].” To sum it up:

You don’t need to suffer to pull the data you need. Learn how AVEVA data management solutions facilitate collaboration and minimize data inconsistencies. Watch our recent webinar A Hybrid Data Management Approach to Industrial Data Science on-demand and sign up for the demo. 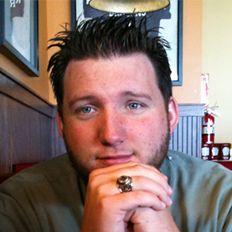 With nearly two decades in sales, marketing, and media roles across multiple industries, Brandon has supported hundreds of customer engagements. Through those interactions, he developed a passion for voicing the human stories behind business transformation. In his current role, Brandon supports global product marketing strategy, product launch, and sales enablement activities for the Information Management portfolio marketing team at AVEVA.